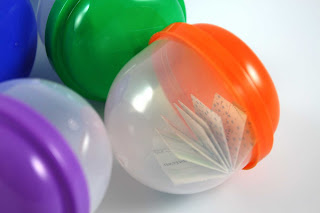 I’ve long liked the idea of books in vending machine capsules. I’ve been hoping to incorporate this into my next show, which will be in the fall. Acquiring an actual vending machine is probably more investment than I care to put in (although, to be honest, I was surprised to discover one can be had for not much more than, say, framing a piece of 2D art).

However, I also thought it would be appropriate to have the “vending machine” be a handmade piece of the art. I have built a box that would be the perfect size, although, through trial and error, the dispensing mechanism has become increasingly simple until, in the latest incarnation, it is not more than a sloped drop down to a hole with a swinging door on it. The problem is, the @#$%! capsules tend to get stuck on the way down. I’m imagining the visiting public having to shake the box and shove their fingers up into the chute to unjam the capsules. Not quite the right idea. Alas. 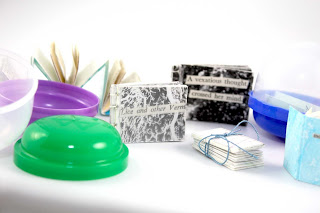 By last night I was ripping out most of the innards of the thing and growing panicky over the time I’ve let go by on this. (Due to the usual health considerations, I’ve already lost much precious preparation time.) Sigh… If I carry this out, I’ll also need to complete about 50 tiny books to go into the capsules. I have some one-of-a-kinds so far, and have some multiples in the making. They are actually kind of fun to do. Several have included found word texts. We’ll see…. 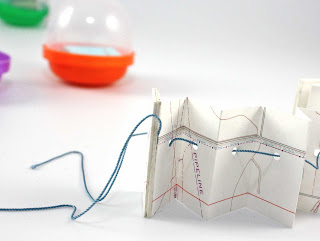 By the way, miniature books in toy-style vending machines are not a new idea. After I started on this, I discovered they have them in Japan, where miniature books are popular. And there are places in the US with a similar idea.

(Thanks to artist Scott Blake for sending the last link. He, incidentally, helped bring an Art-o-mat vending machine to Omaha, Nebraska.) 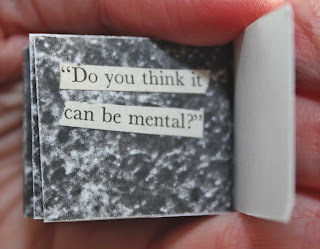