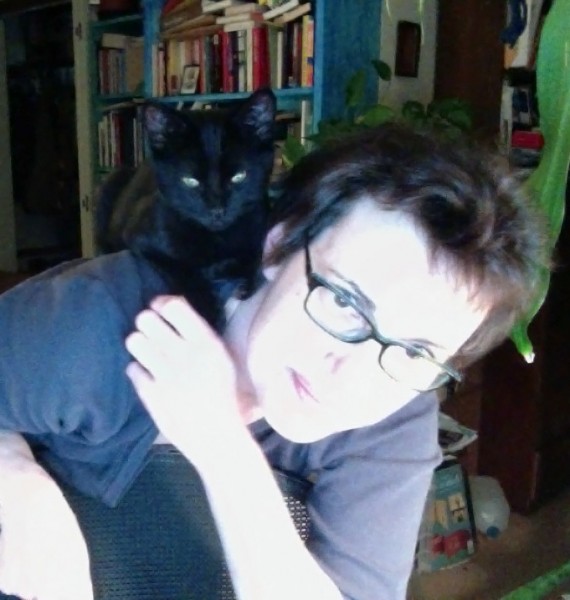 I’m Ellen Golla. I make my artist’s books and related work as The Paper Chipmunk Press.

I used to mostly make pictures in the form of finely detailed paper mosaic collages. My longtime studio and alter ego is Zebra Crossing Picture Factory.

And what, you might ask, does a chipmunk have to do with a zebra? 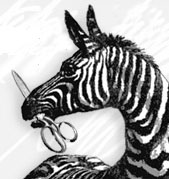 Zebra Crossing Picture Factory came first. In the background to my paper mosaic collages, which had been my focus as a working artist, I’d long been making little books and doing other things with paper. I didn’t consider these to be my “real” work, and often gave them away as gifts.

Over a decade ago, I developed a (still undiagnosed) neurological condition that affected my hands, among other things. As my ability to use tweezers and scissors declined, I turned increasingly to those handmade books and other paper-based creations. The world of artists’ books became a fascination and a solace.

I started an anonymous blog about paper art and artists’ books to entertain myself. I chose the Paper Chipmunk to differentiate it from my usual studio output.

At the moment, there are things keeping me from my studio. I’m a caregiver for a family member. Somehow in the midst of that, I’ve also become involved in advocacy work that does not involve art. Seeing as I haven’t been able to work in my studio, I haven’t had much to blog about in the realm of paper art, and so this blog came to a slow stop.

I know that people around the internet have linked to some of the images and tutorials on here, and the plan is now to transition to a new site that will be less blog, but keep some of that material. Perhaps. Ideally, someday I’ll return to my studio and will eventually have new material to add. Time will tell. In the meantime, I hope you find something useful in this archive of . . . stuff.