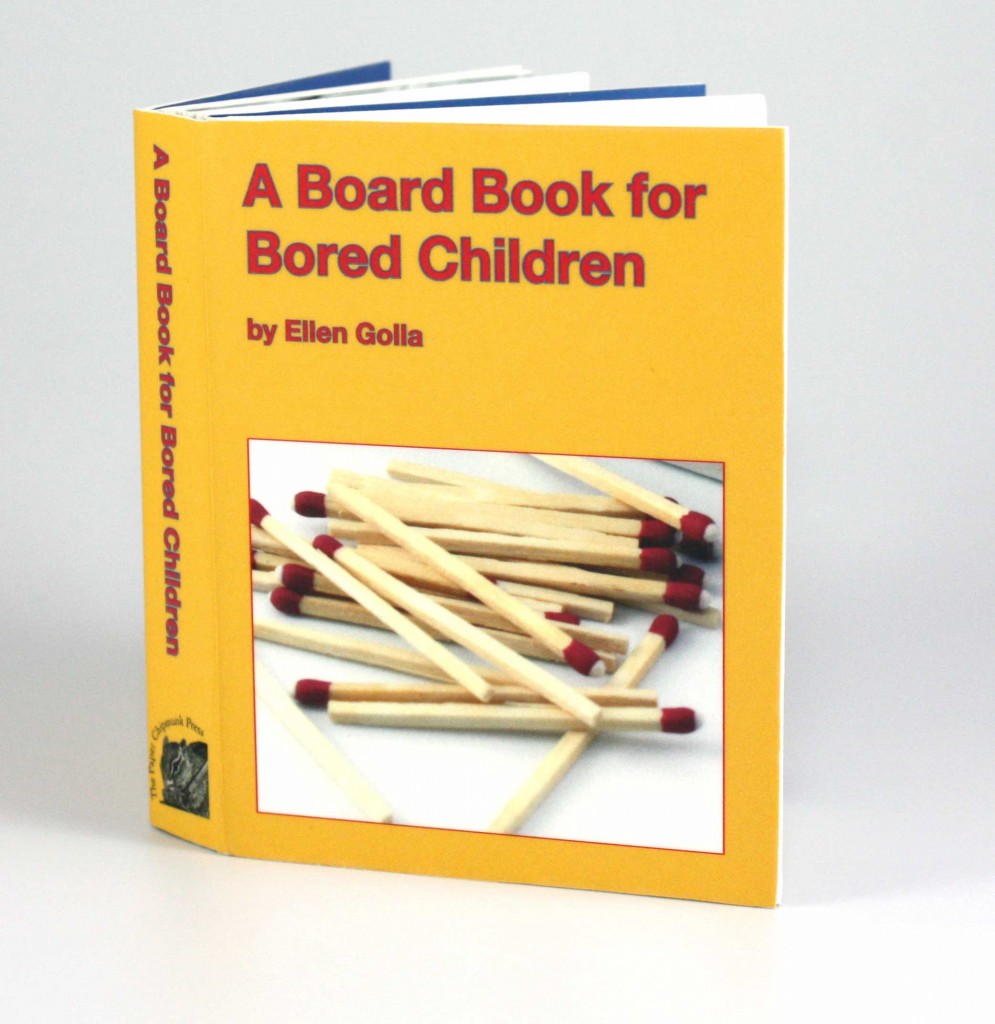 As I explained in the legal disclaimer on the back, my Board Book for Bored Children isn’t really meant for kids. It’s a spoof on the genre of little kiddie picture books featuring photos of familiar objects, in this case, household items.

I’d never made a board book of this sort before. I figured it out partly from directions in an old edition of The Bonefolder, and partly from adapting what I did know about making stiff-leaf books. I wanted the pages to be laminated to protect the inkjet printouts from getting scratched. But also, this being a gag on children’s board books, I wanted the pages to have the plastic-coated feel of the real thing. How to go about that?

Again, I sheepishly admit to owning and using a scrapbookers’ kind of gizmo, a 5″ Xyron. One of the cartridges available has adhesive on one side, and a matte laminate on the other. Presto! Fortunately, it is a small-ish book, so I can squeeze a few copies out of each cartridge.

It has a drop spine, as seen on this children’s book here, and also described in the Bonefolder instructions mentioned above. I like the effect, and think I’ll be using it again. 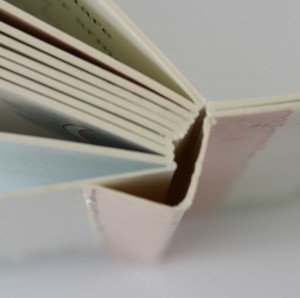 I described the concept of A Board Book for Bored Children to a friend who’s an on-again/off-again empty nester. She seemed almost a bit . . . too excited by the idea. She enthusiastically suggested dangerous things I hadn’t even contemplated. Poisonous berries? Abandoned wells? And did I know that Calla Lilies are poisonous? 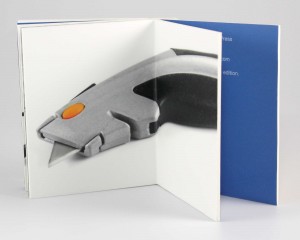 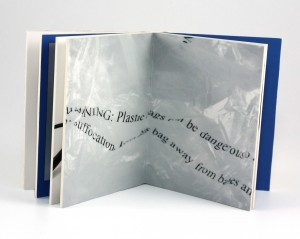 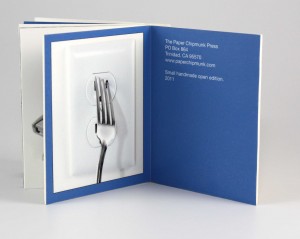 7 thoughts on “A Board Book for Bored Children”