Some projects turn out to be a bit more challenging than others. I originally conceived this as a long accordion book. Each page is composed of a thick paper base that is then layered with three different transparencies. Dry mount adhesive between each layer holds them all together.

But then I discovered that layering transparencies with dry adhesive can be, shall we say, a bit of a challenge. I decided, actually, I didn’t really want to make that many pages. I also was going through a fair number of transparencies, and they are not all that cheap. And so plans for the book changed.

I discovered, much to my surprise, that these built-up, thick plastic pages could actually be bent. I mounted metallic silver paper on the back of each and then folded it around an accordion pleat. I decided I liked this effect. 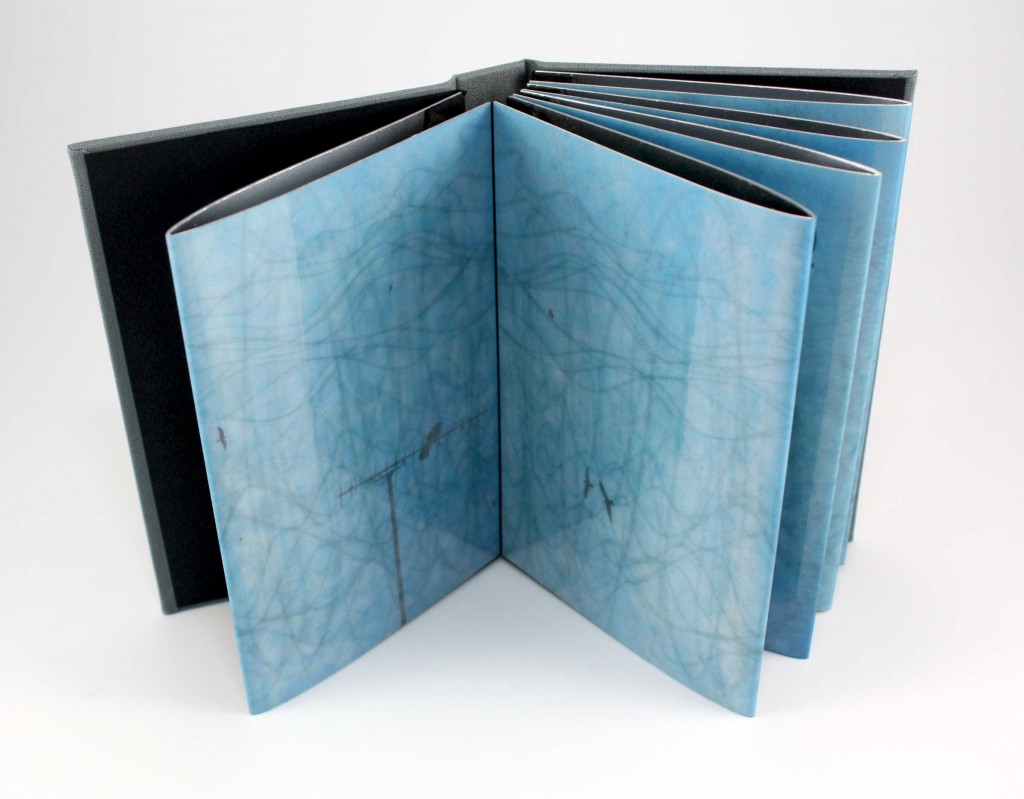 Along the way during construction, I managed to drop my scalpel. Twice. Once on the finished cover, putting a large slash through the hinge. Then, after making a new cover, on my finger. Fortunately, the flow was stopped without medical intervention and nothing dripped on the book. But it was annoying.

I wish the pictures could convey how tactile this book is. The pages lie flat, and turn with a satisfying movement. Overall, I’m pleased with the way it came out. The title is Radio Waves and Birdsong. It was meant to be a visual interpretation of . . . well, radio waves and birdsong. 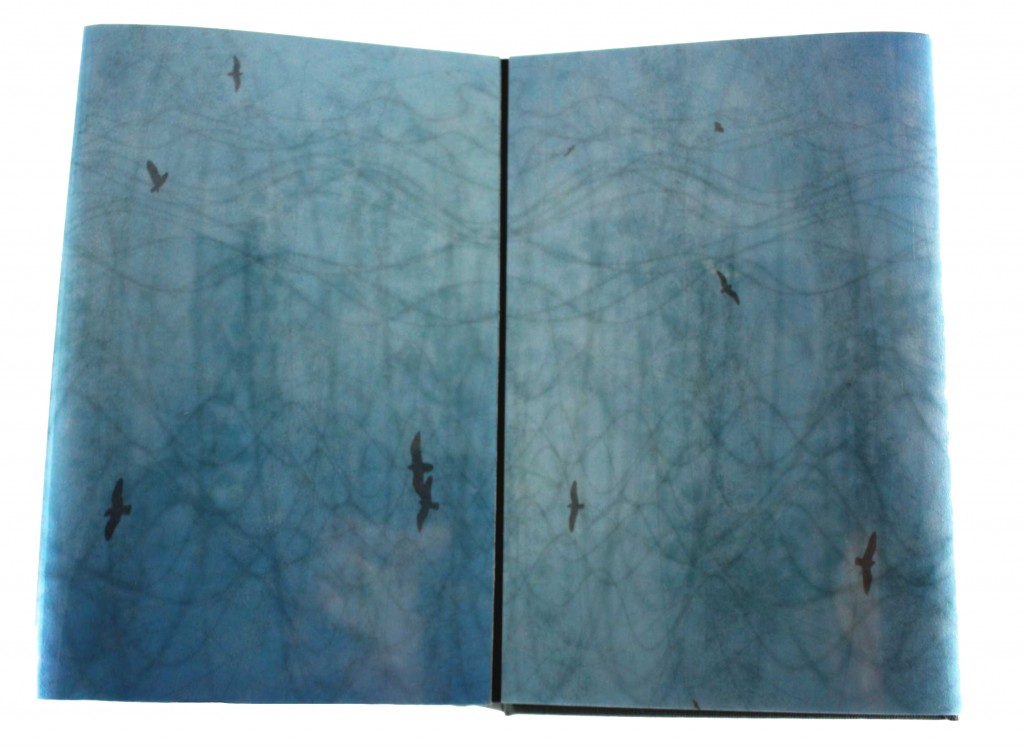