Skip to content
I experimented the other day with non-paper materials for paste painting. One of my more interesting discoveries was that you can paste paint on Wet Media Dura-lar. It won’t curl, and the paint doesn’t flick off (although I haven’t yet tried to fold it…). 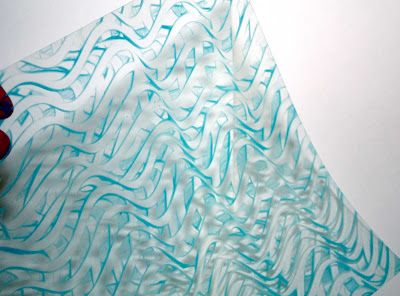 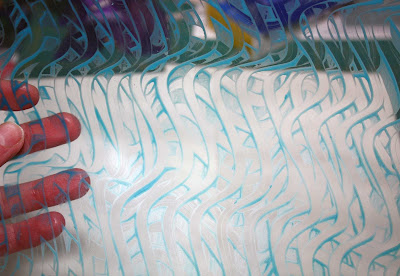 I’ve paste painted on Tyvek before, but I thought I’d try some texturing tools I hadn’t used much yet. In general, results on Tyvek often seem more textured than on paper, and it usually doesn’t curl. Here, I twisted a square cookie cutter in various directions: 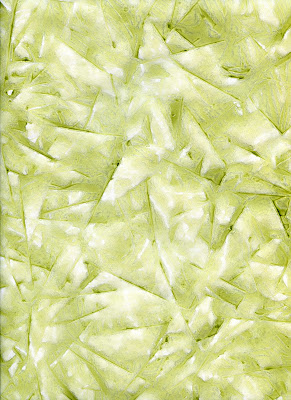 This was done on Tyvek with foam letter stamps, stamped in all directions until the letters themselves became mostly illegible : 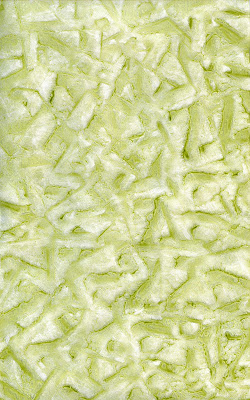 This is on Tyvek again. The paste was brushed on and then dabbed at with a towel: 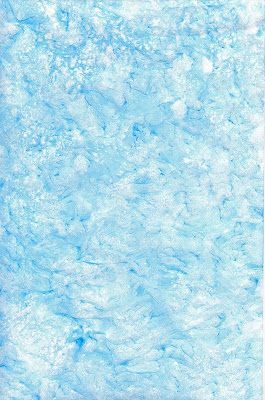 And then I played around with the scans in Photoshop, to see how the textures could be further altered: 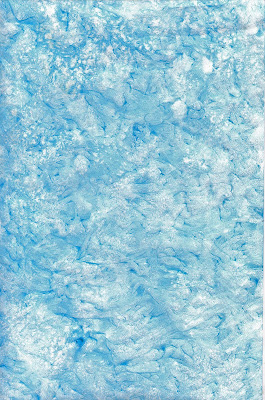 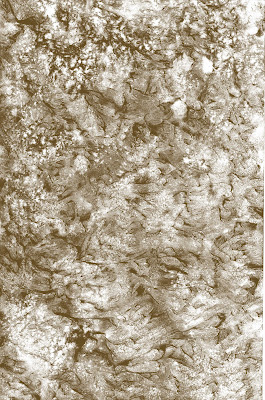 This was a paper that I’d begun a while ago. I first made a faux-wood pattern in a greenish-blue color. I then later went back and added a fresh blue layer on top and dabbed at it with a rag: 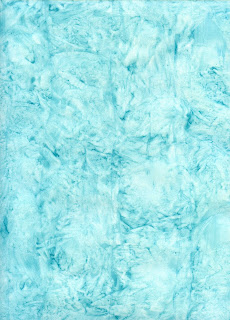 And then played around with the scan a bit in Photoshop: 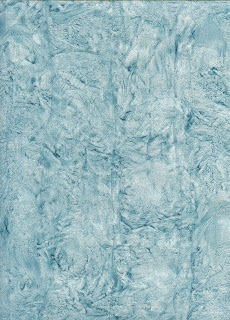 I discovered that you can paste paint on synthetic Yupo as well. I thought the result was rather interesting, although I’m not sure yet what I’ll do with it. 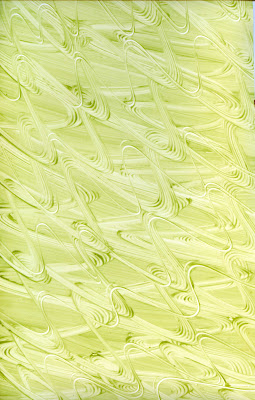 It occurred to me that a long time ago I said I was going to add a paste painting tutorial on here. It seems I never got around to it. Someday… However, there are many tutorials online, easily found with a search.
I just discovered this good recent one from Lili’s Bookbinding blog. I’d never prepared cornstarch paste using her method before (my method is mentioned here), so I decided to give it a try. She doesn’t simmer the paste on the stove. She makes a slurry and adds boiling water to it while mixing well with an electric mixer. It was fun to watch the paste suddenly whoosh up into form in the bowl this way. I found this paste differed from my usual version. Not bad. Just different. I thought it tended to form a skin more quickly, but otherwise it had a nice consistency. I’d like to use it again. The recipe is on her post at the above link. 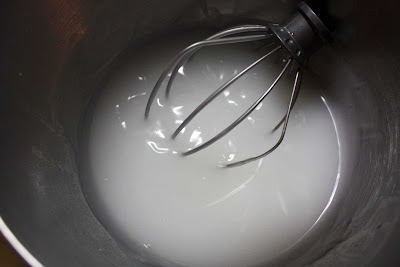 Another tutorial I’ve liked is at Buechertiger’s blog (here and here). She also provides links to further resources.
If you know of any other good paste painting tutorials or resources, please feel free to recommend them.

17 thoughts on “Experiments with Paste Painting on Tyvek, Wet Media Dura-lar and Yupo”